“He is well informed, writes yet a good hand, and has no doubt been a good Teacher in his day. He is now old - his articulation injured by the loss of some of his teeth...”

Apparently Thomas Wood, of Westmorland County, whistled while he worked, aided not by whimsy but by dental deficiencies. School Inspector James Brown clearly felt compelled to mention Wood’s speech impediment in his official report, not just in his diary. James Brown, along with the other Inspectors, noted the aging workforce of teachers with considerable disdain. Inspector Sylvester Earle was highly critical of James Gilchrist of York County. At 61, Gilchrist was “too far advanced in life, and his want of proper education disqualifies him for teaching a reputable School.” Given that the Scots were among the earliest teachers in this province, they were all beginning to show their age by the 1840s when this critical inspection was undertaken. Those who might have been on the cutting edge 20 years earlier, were by the 1840s accused of clinging to old methods of instruction. Charles Lindsay, of Restigouche County, would have used the new methods in his classroom were it not for the parents of his pupils, who, he reasoned, would see the time invested in it as “wasted in prattling.”

Much like Land Petitions, Teachers’ Petitions followed an expected format, but the content of the petition and the supporting documents provide an intimate glimpse into individuals and their personal circumstances. When James Brown visited George Coats’s classroom in Kings County, he reported quite favourably on this teacher’s conduct and competence. There was no hint of the trouble which had plagued him only two years before. Mr. Coats was once known to have a fondness for the drink, but his character remained unblemished since embracing a temperate lifestyle. Mr. Coats would continue to teach for more than a decade without complaint or temptation. Widow Ann Stewart taught school in her house in Northumberland County, and had been licensed largely to serve the needs of young girls. Mrs. Stewart’s skills were confined to instruction in plain and ornamental needlework with lessons in quilting.

The Scottish Model of Instruction had long been advocated in New Brunswick, and the imprint on the 19th century New Brunswick education system is indelible. The Scottish influence is evident at every level of instruction, from the parish school to the grammar school, and finally to the collegiate school and university. A great number of the County Grammar Schools, precursors to modern High Schools, were run by Scottish immigrants, some of whom were specifically requested to immigrate for that purpose. All teachers, whether driven by personal career choice or lured by headhunters, had to become licensed before they could teach school in New Brunswick. Prospective teachers were required to petition the Government for licence, which was approved by the Lieutenant Governor. These petitions were processed at the county level, but beginning in 1816, a provincial record of these petitions were kept on file at the Provincial Secretary’s Office. 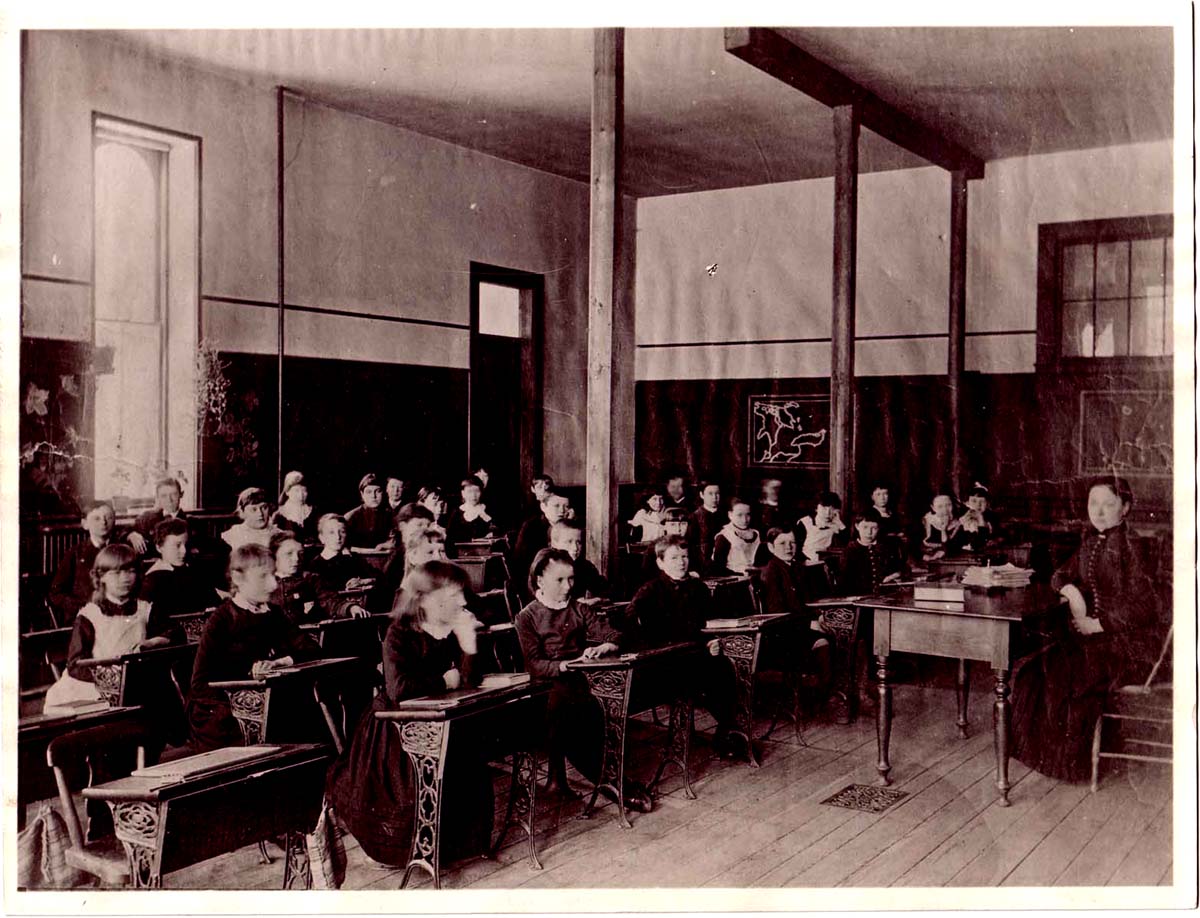 A one-room school house similar to those used in New Brunswick in the 19th century.

The School Inspectors described teachers’ conduct and character, often in amusing terms. John S.P. Gibb, of Gloucester County, received high marks for explaining material in a “pleasing intelligent manner”, but he was depicted as “somewhat eccentric”. Archibald McAllister, originally of the Isle of Arran, ran a bilingual school in Restigouche County. Although most of the children spoke Gaelic, he was also instructing them to read in English. The Inspector complained that McAllister knew “neither English nor Gallic grammatically”. However, more curious was the Inspector’s statement regarding the classroom, perhaps reflecting a personal prejudice or bias. “The constant exhibition of cleanliness, neatness and order in a school of this description is of greater value than all the knowledge the children would be likely to acquire by reading English for years to come.”

Scottish teachers made valuable contributions to the intellectual development of New Brunswick. This database profiles 185 Scottish-born teachers, collected from a diverse array of documentary records.