Land parcels given to members

The 42nd Highland Regiment had a long and decorated record of service. The regiment Mustered as the Highland Regiment in 1739, it was numbered in 1751 as the 42nd Regiment of Foot, and was designated “Royal” in 1758. The 42nd Regiment arrived in New York in 1776, and saw action at Long Island, Harlem Heights, Bunker Hill, and Fort Washington. At the conclusion of the American Revolution, the regiment disbanded at Halifax, Nova Scotia.

Under the direction of Lieutenant Dugald Campbell, about 110 disbanded soldiers received land on the Nashwaak River. Individual land parcels were not all considered sufficient, and a great number of the Nashwaak grantees applied for additional acreage, submitting land petitions upwards of 10 and 20 years after settling on their land. Peter MacLaggan (McLaggan) accumulated enough additional property to provide for a number of his family members, and because of this cluster of relatives, part of the road in this vicinity became known as “MacLaggan Settlement”.

Though the regiment was expected to settle on lots provided in the Dugald Campbell grant, not all of the members of the 42nd Regiment remained on the Nashwaak. More than a dozen former soldiers moved to or requested land in Charlotte and Northumberland Counties. Nevertheless, the 42nd Highland Regiment left an indelible imprint on the Nashwaak.

A Closer Look at the Map 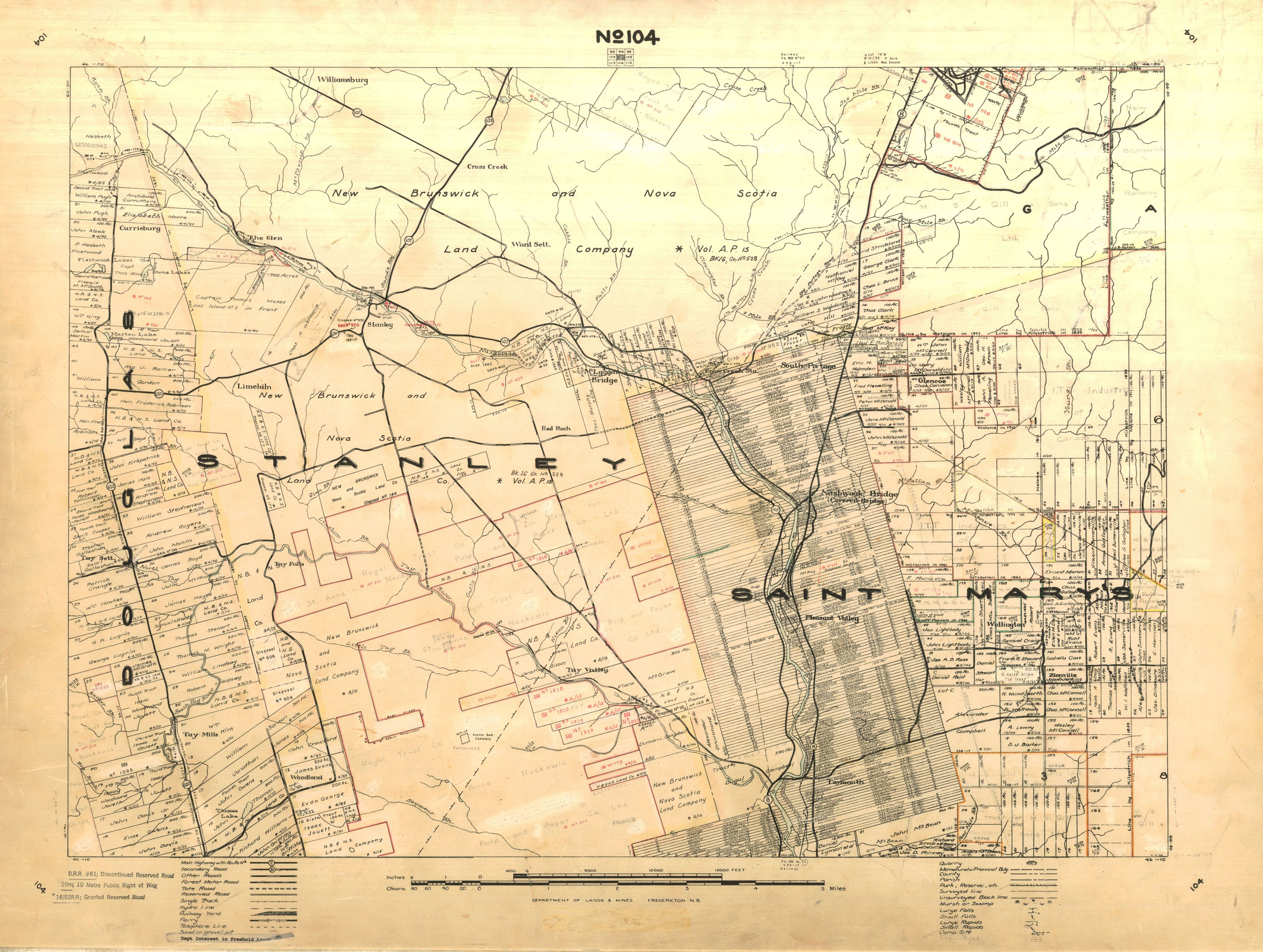